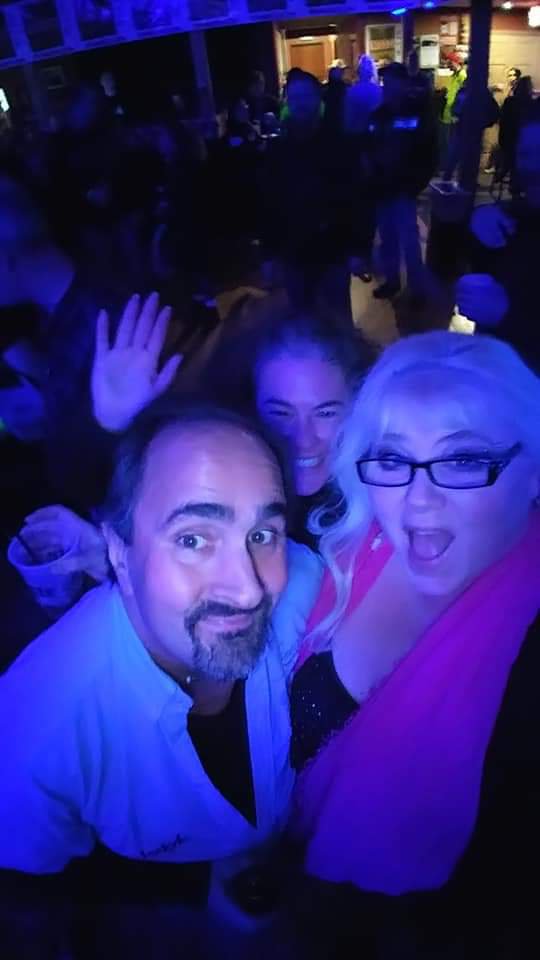 This moment, and the friends that we made, happened while Margie and I attended a concert for the rock-n-roll band Jackyl. As you can see in the picture above, while we were taking a picture at the concert a young lady jumped into our picture. It was fun and silly. We talked to her and the gentleman that was with her. Before long we were discussing what we all did for a living, how many shows we have been to, did we know the opening acts and many other details. They were very nice people and as the crowd began to pack in it was helpful to have someone of a friendly nature around you.

The gentleman in front of us was in a wheelchair and needed some special considerations. As he was asking for some assistance we struck up a conversation. Much like the people behind us, he had looked up the opening bands online and had for more information than we had. While waiting for the main act to come on stage we discussed which opening act we liked best and why. Again, it was fun to make some pleasant casual conversation with those around us.

Even at a great rock-n-roll concert things like photo bombing and assisting people who are physically challenged can lead to some friendly conversation if you only provide a little interest in those around you. I wouldn’t recommend jumping into people’s pictures as a means of starting a conversation, but if someone does it to you have fun with it. Margie and certainly did and it made a great time even better!

2 thoughts on “FRIENDS THROUGH A PHOTO BOMB”