Always on the lookout for new and fun places to try close to home, I was quite excited to hear that Camino had opened a new location just blocks away from my house. Their first location on south 2nd street has always received rave reviews and I was about to discover why.

What Margie and I discovered was a menu full of unique items, an interior that was airy and clean, food that was hot and delicious and service that was friendly and prompt. You can read my full review to hear about some of the exotic options available at this location as well as our dining experience. This was one of the most enjoyable reviews I have written for Chow Down in Milwaukee. I encourage you to click the link below and see what is in store for you in you treat yourself to a visit to Camino in down town West Allis.

CLICK HERE TO BE TRANSPORTED TO CAMINO WEST ALLIS

In this crazy pandemic world, going out to eat can be a challenge at best and an awkward nightmare at worst. Trying to find a place that both practices the proper safety precautions and still feels comfortable is a great challenge. Margie and I found such a place. The pleasant atmosphere was just the beginning. It was accompanied by amazing customer service and a meal that had your mouth watering from the first bite until the last!

In addition to all of this, the restaurant gave you several other compelling reasons to visit. Click on the link below to read my food review on the great site Chow Down in Milwaukee to learn all of the details. After your finished reading the review, your taste buds will have you running to Mimosa in Franklin!

There are few places that I would drive across town to visit. This is one of them. Our experience here included mouth-watering food, heart-warming coffee and sunshine filled service. This description may sound a little over the top, but it is 100% true! You could visit this place many times and still not be able to sample all of the delicious, and in many cases healthy, options on the menu.
The wonderful news is that with many locations across the country, there may just be one located near you. If you would like to hear about this amazing establishment and our experience there just click the link below to read my review on Chow Down in Milwaukee. 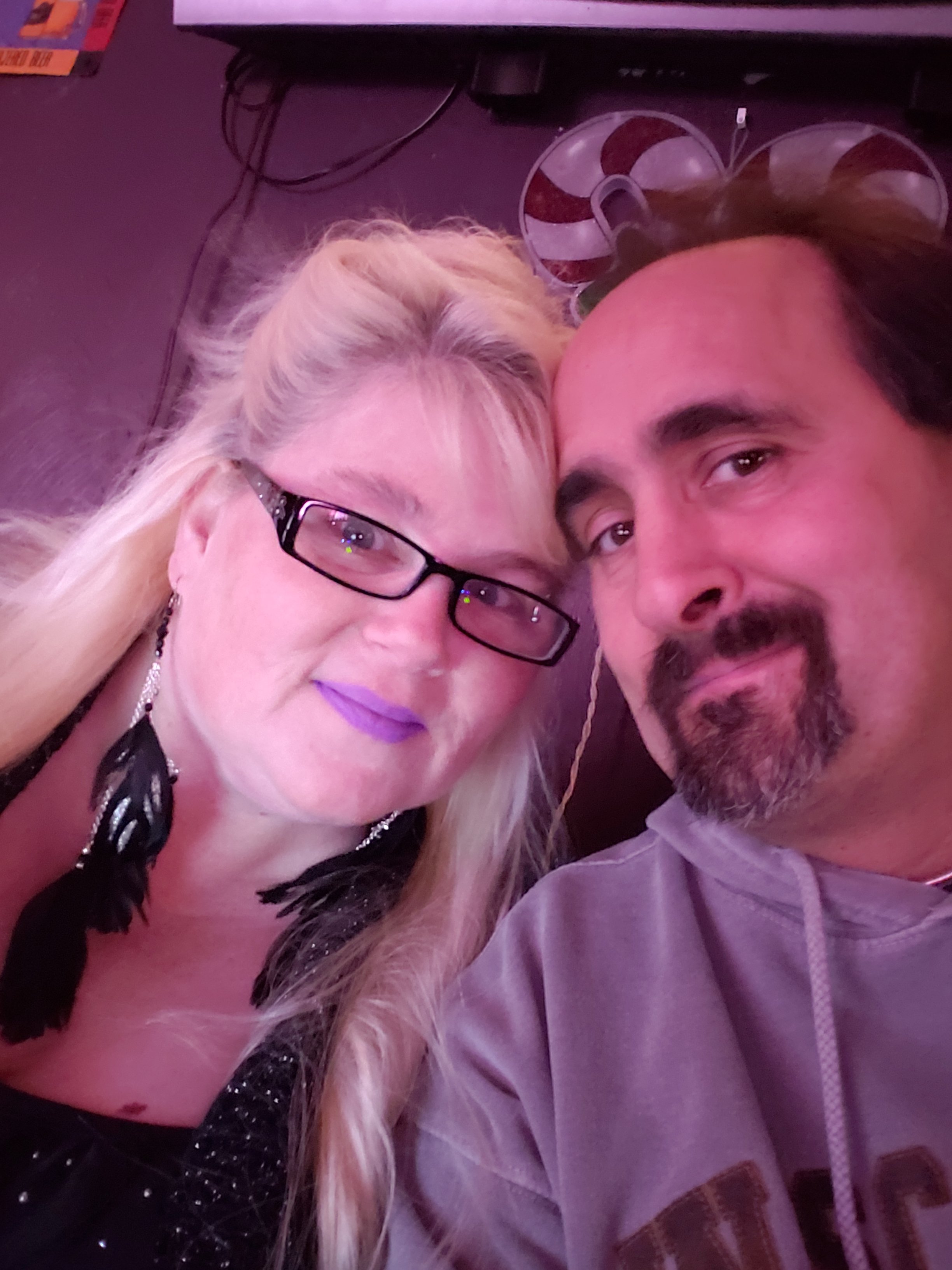 A few months ago, my Lovely Margie, my mother and I all visited a unique south-side establishment for dinner and a cocktail. We visited McKiernon’s Irish pub, located at 2066 s 37th St. Click the link below to read all about our experience as well as the history of a place like no other.

Two writers from Chow Down in Milwaukee converged on one Mexican restaurant to see what all the excitement was about. What they discovered was one of the most unique dinning spots in Milwaukee. Learn all about the interesting architecture, décor, service and the most importantly the food served there. Will this be your new place to go for great Mexican food? Read the article and decide for yourself.

Here we are with a group a friends at a Cajun restaurant in West Allis. My latest food review on ‘Chow Down in Milwaukee’. Click on the link below to discover what restaurant it is and what our experience was like.

By clicking on the link that follows, you will be able to read my review on Chow Down in Milwaukee of a hidden culinary jewel located just blocks from my house. If you enjoy an airy and sunny atmosphere, amazing food crafted from local, quality ingredients you owe it to yourself to read this review!

Would you like to know of a local establishment that sells not only the largest variety of select local food and can ship your purchases to all 50 states? Then you need to read this review!

Do you enjoy patronizing an establishment where you know the owners are involved in giving back to and promoting the community? Then please, read this review and you will find a place that does all of this and more.

Your taste buds will thank you. Your friends and loved ones you give gifts to will thank you. Most importantly, you will be helping local businesses and the community. Click on the link below and you will be let in on one of the greatest dining secrets in West Allis! 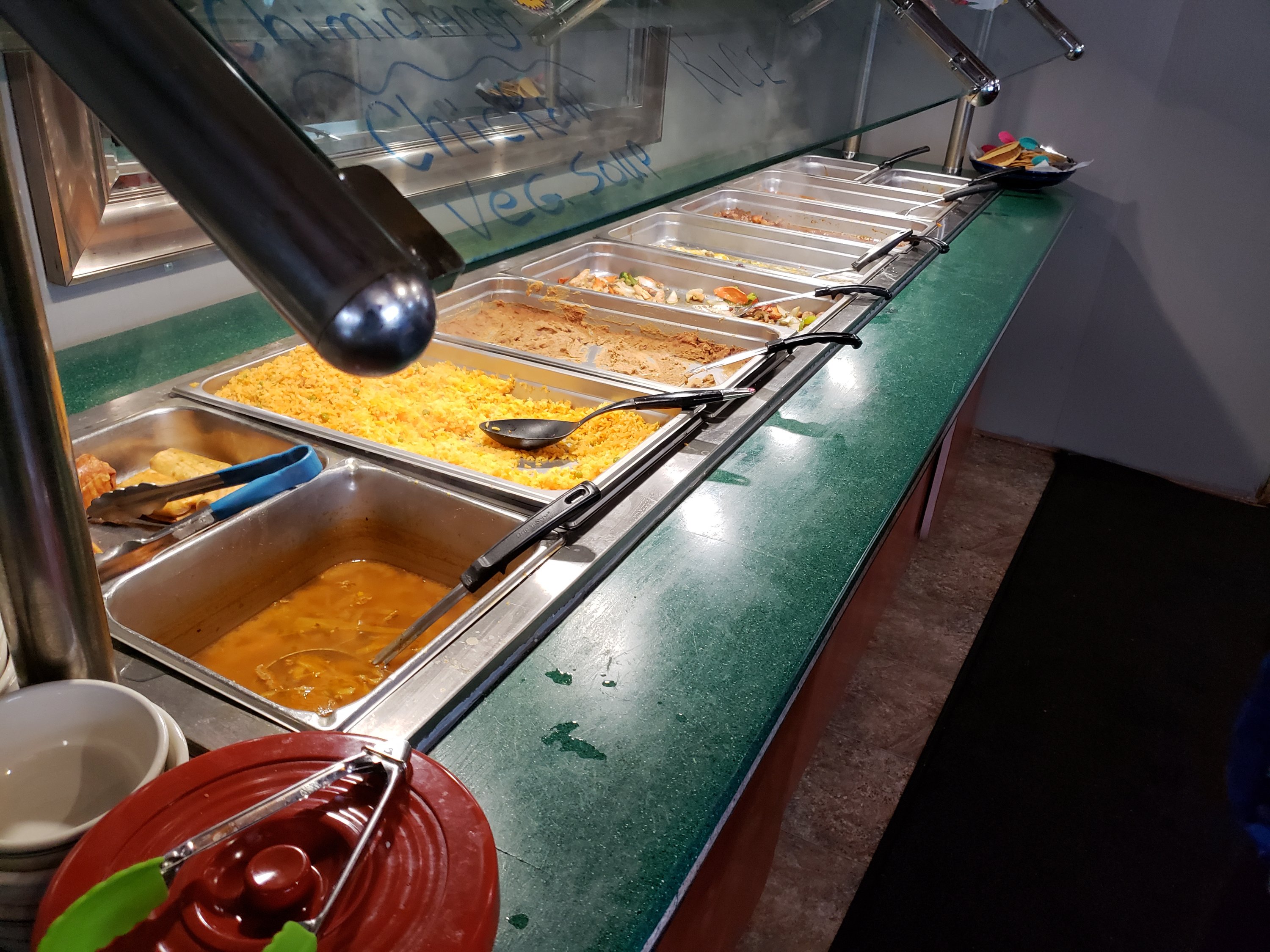 We are going to take the briefest break from our friendship theme to explore my latest culinary adventure. That being said, this would also be a good place to go with a friend. Especially a friend who enjoys Mexican food. Imagine a buffet where you can make your own tacos, tostadas and other fun creations. Imagine being able to pick from ready-made enchiladas, burritos and even chicken noodle soup! That, and more, is exactly what you will find at this new restaurant! Just click the link below to read my review and find out where to find this new dinning treasure!

CLICK HERE TO READ ALL ABOUT THE MEXICAN BUFFET

Next up is an opportunity that nearly everyone could take advantage of. Last post I mentioned being a bartender was one of the best ways I knew to meet people. Another one is being a server. Who goes out to eat? Everyone! With just a little bit of effort, parties on both sides of this transaction can make new friends. Allow me to explain what I mean by sharing a recent experience I had.

It was late at night and Margie wanted to go shopping for Christmas gifts. I needed to get a few things written and all of the coffee shops I usually do such things at were closed. Fortunately for both of us there was a 24-hour store and restaurant across the street from each other and just a few miles from our house. I grabbed my computer and Margie grabbed her purse. I dropped her off at the store and we promised to keep each other posted.

As I pulled into the parking lot I noticed there were not many cars other than mine. When I made my way inside I had to wait a few minutes for the host to come out from in back. With this time, I observed that there were no other tables seated at the moment. Right after I was seated a young lady came up to the table and inquired where my lovely lady was. Margie and I had been there a few weeks before and had obviously made a good impression. After explaining that she was shopping and I was there to write she introduced herself as Chrystle and went to grab some coffee for me.

I began to set up my computer and get started. I was currently working on a restaurant review for the website Chow Down in Milwaukee. Moments later my server had returned with the coffee and took my order. I was into a groove when she returned in what seemed to be an impossibly quick amount of time. Setting down the food she inquired as to how my writing was going. I assured her it was going quite well as I took the first bite of the fruit bowl I had ordered. “What are you writing?” she inquired. As I told her I also mentioned this website and the fact that I had recently completed my second book. A second table walked in at that time and she looked torn. Excited she would be finally able to make some money, but evidently with more to say to me, she excused herself and I returned to recalling my experience at a Mexican restaurant from the day before.

Just as I was getting back into a groove, lost in a zone writers love, I heard a voice from my right. “Everything still good?” I told her it was. “I have always wanted to write a book.” she said. This was obviously more of an opening than a statement given the fact she remained in front of my booth staring down at me. Deciding my moment in the zone had ended and my time to discuss writing with an aspiring author had begin, I closed my laptop and said, “Oh really?” You may think at this point I was frustrated or bothered, but if there is one thing I enjoy as much as writing it is inspiring and encouraging other people to do the same.

“I wrote a story once when I was in school. The teacher said I should have it published, but my mother forbid it from happening.” she continued. She had apparently picked up on my willingness to discover what she had to say about writing. “Why would your mom do that?” I genuinely wanted to know. After responding with what seemed to be a dismissive answer aimed at avoiding opening another conversation more than avoiding answering the question I had asked, she continued. “I have a great idea for a book, but I do not think I could write it.” “I want to write a book called Single Mom Made Easy.” She went on to explain she was a single mother of several children including one with cerebral palsy.

“I am in and out of hospitals a lot and it is often hard to find a qualified babysitter, but life is good you know?” Admiring her attitude I had to inquire what allowed her to think that way despite all the challenges she faced. “It is all a matter of perspective.” she said. She mentioned all she had to be grateful for and all the positives in her life. Suddenly she recalled the other table and apologetically took her leave. I was left with an idea for this post and a genuine desire to encourage this young lady to pursue what I felt would be a very helpful and life-changing book for many single parents and parents of children with disabilities.

As the night went on we exchanged ideas for books and outlooks on life. I also shared my publishing experience and mentioned a few resources she could take advantage of. With a willingness to be open and a genuine interest in the person we were in contact with we both left better off. It is my true hope she decides to put her thoughts on paper and bring them to the world.

It is far too often I witness people treating servers in a dismissive or worse submissive manner. These are hard-working people who are on their feet all day and have a lot to offer. By taking a few extra moments to genuinely appreciate them we could make not only a new friend, but a connection with someone who also meets many people throughout the day.

As a server, you have a unique opportunity to connect with the people you serve. Inquiring about the person and not just what food they wish to consume, could lead to wonderful connections and friendships. It also will help the bottom line when it comes to the gratuity.

Dinning out can be an opportunity to do more than just fill your belly with good food. With a little extra effort and care you can fill your life with more connections and rewarding friendships as well.

Follow along as I review all of the nominations for Best Food at Wisconsin State Fair for Chow Down in Milwaukee. See which one I thought should have won at the link below.

CLICK HERE TO READ MORE ABOUT MY DAY AT THE FAIR